Michael Bay has assembled a skilled new cast for Transformers 4: Age of Extinction. 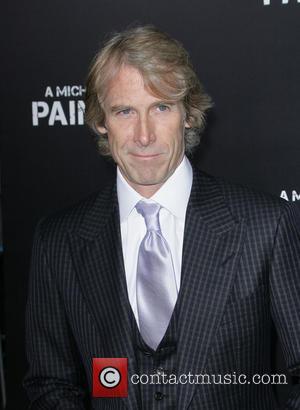 The Transformers franchise just keeps on trucking and now, armed with Mark Wahlberg as his leading man, Michael Bay has dreamed up a title for his brand new big-budget action sci-fi. Transformers 4: Age of Extinction. Oh and there's a shiny new poster - check it out below.

This franchise should have been rendered extinct three movies ago, one critic will write in June 2014. The jokes are there. The jokes are obvious, but Bay has decided to dangle a carrot and let the haters gobble up the dinosaur references anyway.

In fact, if some reports are to be believed, prehistoric creatures may well even feature in the movie's plot, though details are yet to be announced. The poster appears to add credence to that theory.

Writing on his website earlier this year, the director confirmed that "the story makes a very natural transition, and reason as to why we have a whole new cast. This Transformers will feel very different then the last three. We are embarking on a new trilogy."

The fourth movie in the huge grossing franchise stars Wahlberg alongside Stanley Tucci, Kelsey Grammer, Nicola Peltz, Sophia Myles and T.J Millers. To Bay's credit, he rarely rests on his laurels and is known for a left-field casting or two. Wahlberg makes sense, though Grammer as the lead villain, a counter intelligence guy named Harold Attinger, raised a few eyebrows. We wrote about the casting earlier this year.

Relive the Transformers 3: Dark Side of the Moon trailer:

You pretty much know what you're going to get with Stanley Tucci, and it's usually very, very good. He's tipped to play either a businessman or a scientist, though, again, details are sketchy.

Transformers 4: Age of Extinction is currently shooting in Chicago. It will hit theaters worldwide on June 27, 2014.

The Transformers 4: Age of Extinction Poster