Veteran Crooner Michael Bolton Is Set To Put His Comedy Skills To The Test As The Star Of A New Tv Sitcom. 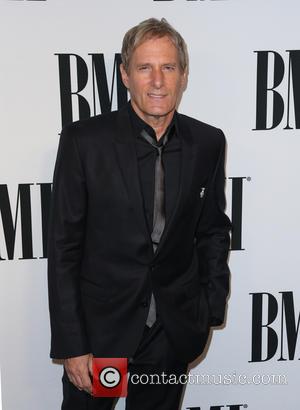 The When a Man Loves a Woman hitmaker famously showed off his hidden talent during a sketch on U.S. show Saturday Night Live in 2011, when he dressed up as Johnny Depp's Pirates of the Caribbean character Captain Jack Sparrow to film a hilarious music video with funnyman Andy Samberg and his comedy rap group The Lonely Island.

The digital short, named Jack Sparrow, went viral, and led to Bolton landing a recurring role as himself on Two and a Half Men in 2012.

Now the 62 year old has scored a deal to develop Housesitters for America's ABC network.

The Ringer screenwriter Ricky Blitt will pen the series, which Bolton will executive produce, according to Deadline.com.

ABC bosses have previously tried to turn Bolton into a comedy star with 2012 show Michael Bolton's Daughter Is Destroying My Life, but the project was axed before a pilot could be filmed.