Pop Crooner Michael Buble Is To Be Inducted To Canada's Walk Of Fame. 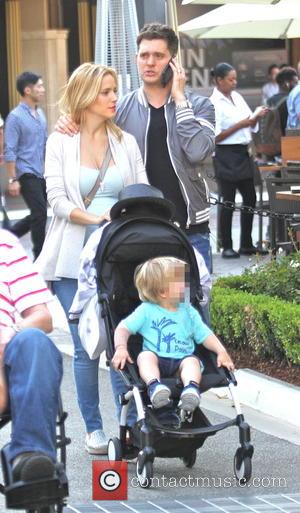 The Haven't Met You Yet singer is among seven Canadians who have landed on the list of 2015 inductees.

Michael is to be honoured with a sidewalk plaque in Toronto which will be unveiled in a special ceremony on 7 November (15).

"Really proud day for myself and my family! #CWOF2015 (sic)," Michael tweeted after hearing the news of his induction.

Other inductees for this year (15) include late actor Lorne Greene, best known for his role in 1970s TV series Battlestar Galactica, and The 6th Day star Wendy Crewson.

Author Lawrence Hill is also among the class of 2015.

"This year's inductees truly represent this mission, and the legacy they are creating for Canada is something we should all be proud of."

Teenage pop star Shawn Mendes is also to receive a special honour from the organisation.

He will be presented with the Allan Slaight Honour, which is given to rising Canadian stars.

"At only 17, Shawn has established himself as a talented artist in the international music scene," adds Melanie.

"He is a hard working gifted young musician and an inspirational Canadian. We are proud to recognise him this year with this honour."