Michael Buble was told by David Foster, who has worked with the likes of Whitney Houston and Celine Dion, that his ''genre of music'' wouldn't sell well. 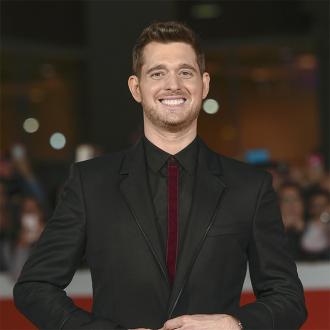 The 'Haven't Met You Yet' hitmaker has revealed that David Foster, who has worked with the likes of Whitney Houston and Celine Dion, told him he would be happy to produce a record for him if he was to pay $100,000 a track.

He said: ''[David told me,] 'You will never be signed to my label, I will never produce you. You are talented but I see no record sales for this genre of music. To dismiss me, [Foster] said, 'For $100,000 a track, I will produce on spec a record for you, and because I'm an executive of Warner Bros they'll get first right of refusal. And then he pushed me out the door thinking he would never see me again.

''What he didn't know was that I would go back to Vancouver and go bank to bank with a manager I had at the time and find an investor. I flew back to Los Angeles and went to David's house, and he said 'What do you want?' And I said 'Mr Foster I have the money.' He couldn't believe I had come back. But he said, 'All right', and we started making the record.''

And the 41-year-old singer - who has Noah, three, and Elias, 10 months, with his wife Luisana Lopilato - was asked to give a pitch to an executive where he promised to ''help fill the void'' when left by Frank Sinatra.

He added to BBC Radio 4's Desert Island Discs: ''I walked into the Warner Bros records' home in Burbank, and I don't think I'd ever been as terrified. This executive named Tom Whalley came in the room and he said 'Why should we sign you? We have [Frank] Sinatra.'

''And I said, 'With all due respect, Sinatra's dead, don't bury the music with him.' I said, 'I'll work hard and help fill the void and we will keep this music alive together.' Three days later, I was on the treadmill and my grandfather was with me, and the doors flung open and my grandfather said 'Sunshine, you're with Warner Bros.'''