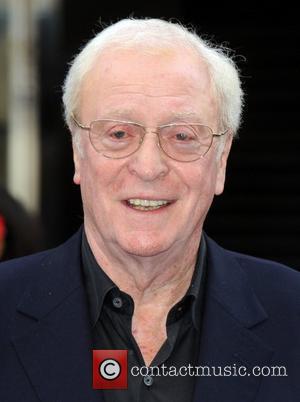 SIR Michael Caine will never forget the first time he met the late Tony Curtis - the acting legend snatched the Brit's cigarettes, threw them away and ordered him to quit smoking.
The 85-year-old screen veteran passed away on Wednesday (29Sep10) after suffering a cardiac arrest at his home in Nevada.
Caine was among the first to pay tribute and he shared his special memories of the Some Like It Hot star, including their first meeting when he was prompted to stop smoking after Curtis destroyed his personal tobacco stash.
He tells Sky News, "I just learned myself (about Curtis' death) and it was a terrible shock and instantly I remembered the first time I'd met him. I was at a party, it was in winter and there was a fire and I was chain-smoking at the time, smoking a lot of cigarettes.
"I took one cigarette and lit it with another and threw the dog end (butt) in the fire. I was stood there talking to someone and suddenly I felt a hand in my inside pocket and they took out my cigarettes and chucked them in the fire. I looked up and it was Tony Curtis.
"I'd never met him and he was very famous. I said, 'What did you do that for?' And he said, 'You're going to die Michael if you keep doing that.' I didn't give them up then but I did give them up eventually."
But Caine insists Curtis didn't live by his own health warnings, adding, "He took all my cigarettes and threw them in the fire - and two weeks later he was caught at Heathrow airport with marijuana."
Other stars to pay tribute to Curtis on Thursday (30Sep10) included his friend Sir Roger Moore, who said, "I'm very sad... He was a hell of a good actor. I shall miss him."
Burlesque beauty Dita Von Teese wrote on on her Twitter.com blog, "Sad to hear of the passing of the great Tony Curtis," while British talk show host Sir Michael Parkinson added, "He was an extraordinary man. Hollywood tried to make him into a sex symbol in the 1950s and 1960s but he was his own man. He was a great chat show guest and was wonderfully indiscreet but he was very bright and did not take himself too seriously."