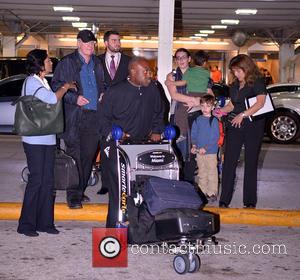 Sir Michael Caine has been given the Freedom of the City of London, to mark his lengthy acting career, Sky News have reported. Caine turns 80 on March 14, 2013 and has received the honour in a ceremony that took place at the Museum of London, where an exhibition on Caine’s life and work is taking place.

The museum’s curator, Beverley Cook, said “Sir Michael Caine is one of London's most loved and recognisable characters…. He was the first actor to bring an authentic London accent to the big screen, and although Hollywood success made him an international star, he remains inextricably linked to his London roots. This exhibition will celebrate how the city influenced both Caine's life and his career.” The star, best known for his roles in iconic movies such as The Italian Job and Alfie, commented “I think the museum is great for London and I am so proud to be included.” Michael Caine: awarded The Freedom Of The City Of London

Born in Rotherhithe, South London, Michael Caine has twice won a Best Supporting Actor Oscar, for his roles in The Cider House Rules and Hannah And Her Sisters. In 2000, he was knighted, under his birth name, Maurice Micklewhite. The Freedom of the City title dates back to 1237 and originally gave business people the right to trade in London’s Square Mile. Now, it is largely a symbolic gesture.