Sir Michael Caine, star of 'The Italian Job', married his first wife at the age of 22, but when their daughter was born, the marriage broke apart. 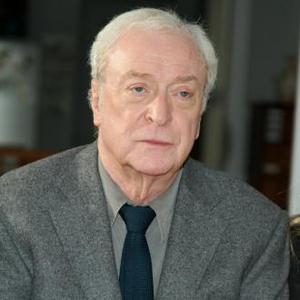 'The Dark Knight Rises' star, Sir Michael Caine has decided that he is to blame for the disintegration of his first marriage to actress Patricia Haines. The actor, now 79-years-old, was only 22 when he married Haines, but he has admitted that the birth of his daughter Dominique caused him to leave his wife.

Caine explained the failed marriage by saying: ''I wish I'd known that if you fall in love, you don't have to marry. I fell in love with Patricia Haines and we were married a few weeks later. I sometimes got small jobs on television - just walk-on parts, no dialogue - but gave up acting work because Pat was more talented and had more chance of success. I began a long line of soul-destroying jobs. I worked in a laundry, I washed up in a restaurant and had a stint as a plumber's mate."

Related: Read the Review for 'Interstellar'

He continued to discuss his daughter by saying: ''Pat became pregnant and we had our wonderful daughter Dominique, who is now 56. But it was the wonderful straw that broke an already very weak camel's back. I walked out of the marriage. The marriage breakdown was entirely my fault. I was too young and immature to take on the poverty and personal and professional failure.''

Related: Daniel Radcliffe To Star as Michael Caine's Son In 'Now You See Me 2'

Caine has now been married to his second wife, Shakira, for 39 years now. He explained to 'The Sun' newspaper how he had to rely upon the kindness of his parents Ellen and Maurice by saying: ''I collapsed like a house of cards. I was out of work, had no money and was forced, at the age of 23, to return to the council house where I'd lived with my mum and dad and rely on their generosity again.''