Sir Michael Caine thanked France for presenting him with The Legion of Honour yesterday (07.01.11) - when he actually became a Commander of the Order of Arts and Letters. 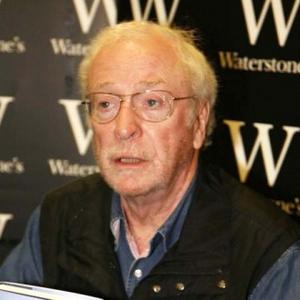 The British actor became a Commander of the Order of Arts and Letters in Paris yesterday (07.01.11) but in his acceptance speech, thanked officials for giving him The Legion of Honour, France's highest civilian award.

As he received the medal from French culture minister Frederic Mitterand, Michael said: "I'd always thought you had to have a French wife to get the Legion d'Honneur, but it turns out you don't."

However the 77-year-old actor - who is married to Indian actress-and-model Shakira Caine - quickly recovered his composure to give a heartfelt thanks to the country for bestowing him with the highest cultural award the country has to offer.

He said: "I've always loved this country, the food, the people. I didn't know whether the French loved me and thought maybe it was a one-way affair. But now I have this award, I know they love me.

"I also do speak French which helps - not very well but I do speak it."