Fassbender has more important things to worry about than a golden statuette. 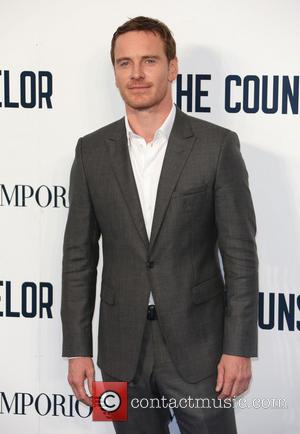 Michael Fassbender is following the lead set by Joaquin Phoenix and will not campaign for an Oscar at the Academy Awards in March, despite his movie 12 Years a Slave considered the strong favorite for awards glory.

Phoenix famously called the Oscars race "the worst-tasting carrot I've ever tasted in my whole life," though his outburst wasn't enough to stop him gaining a best actor nomination for Paul Thomas Anderson's The Master.

"I think it's bullshit," he told The Guardian at the time, "I think it's total, utter bullshit, and I don't want to be a part of it. I don't believe in it. It's a carrot, but it's the worst-tasting carrot I've ever tasted in my whole life. I don't want this carrot. It's totally subjective. Pitting people against each other. It's the stupidest thing in the whole world."

Phoenix needn't have worried, he was never going to beat Daniel Day-Lewis for Lincoln, though Fassbender is certainly among the thinking for best supporting actor for Steve McQueen's critically acclaimed slave drama.

Fassbender has history with the Academy. His failure to land at least a nomination for his role as a sex-addict in McQueen's last movie Shame was bordering on scandal and the German-Irish star is not keen to repeat the experience.

Speaking to GQ magazine, the actor called the awards season campaign "a grind," comparing it to running for office, or the Presidency. "You know, I get it," he said. "Everybody's got to do their job. So you try and help and facilitate as best you can. But I won't put myself through that kind of situation again. It's just a grind. And I'm not a politician. I'm an actor."

Watch the trailer for 12 Years a Slave:

Fassbender plays plantation owner Edwin Epps in 12 Years a Slave - the story of Solomon Northup (Chiwetel Ejiofor), a free black man from upstate New York who is abducted and sold into slavery.

Fassbender isn't the only high profile star to eschew the Oscars race. Marlon Brando famously spurned the Academy's advances when nominated for The Godfather in 1973, sending a native American activist to pick up his prize.