Michael J Fox makes his television return in 'The Michael J Fox Show' where he shows audiences what Parkinson's sufferers endure on a daily basis. 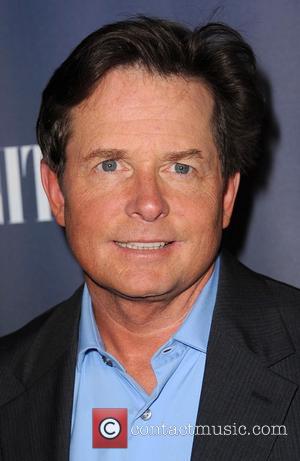 Michael J Fox is set to star in a new show on NBC called 'The Michael J. Fox Show' that portrays a TV anchor and dad who is in an ongoing battle with Parkinson 's disease, which Fox suffers from in real life.

The 52 year old left the highly successful sitcom 'Spin City' nearly 13 years ago because of his declining health problems as he was diagnosed with Parkinson's disease.

However he is returning to television screens celebrating his symptoms by using the illness as a motif for his brand new show that depicts how a Parkinson's sufferer copes with everyday life.

The 'Back to the Future' star recently told Howard Stern in an interview that he didn't really know how to deal with the diagnosis that he was suffering from Parkinson's. "I just felt helpless," Fox said. "It felt unfair in a way...it's hard to explain." He continued: "I used to drink to party, but then I was drinking alone...Every day."

But the Emmy winning-actor eventually learned to cope with the disease and realised it wasn't a death sentence after receiving therapy, which improved his career and his "marriage got great".

The new show about Parkinson's is a comedy but in a recent promotional video the returning actor stated "We're not making fun of Parkinson's, we're examining a life that has Parkinson's and just how one guy deals with it,"

He added, "It's part of the human experience. You can't cower from it, you can't hide from it. You have to accept it, incorporate it into your life. If you have a loving, full life, it'll just be part of it, just one of the colors of the palette."

Not much has changed since Fox's diagnosis 22 years ago, the treatments are the same with most patients relying on the prescription drug, Levodopa. However it doesn't mean there has been no change, the public's understanding of the disease has certainly improved and 'The Michael J. Fox Foundation for Parkinson's Research' has raised a whopping $350 million since its start back in May 2000.

The premiere is set for Thursday September 26th at 9pm ET on NBC.