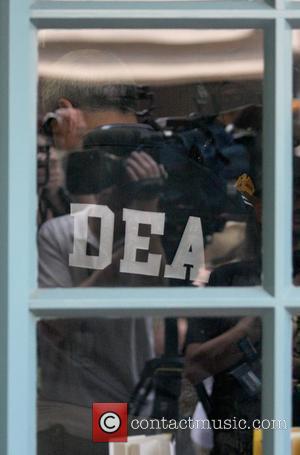 Picture: The DEA raid the Mickey Fine Pharmacy, reportedly searching for the improper dispensing of controlled substances that could possibly be related to the death of...

Michael Jackson's former spiritual advisor has come forward with new taped conversations in which the King of Pop revealed he was terrified of his chief aide, Dr. Tohme Tohme.
The mysterious Tohme appeared to be in charge of Jackson's affairs in recent years and is believed to be the mastermind behind the late pop superstar's ill-fated comeback shows in London.
But Jacko's spiritual guru June Gatlin has now revealed her client was scared of his manager - and he agreed to be taped talking about his relationship with Tohme.
Gatlin says, "He was afraid of who this man is, afraid of whatever this man may be capable of doing... He had taken over Michael's complete life."
The advisor has handed over the tapes she recorded of phone conversations with Jackson in September 2008 to NBC News in America.
On the tapes, the King of Pop can be heard telling Gatlin, "This guy, he just... has ways about him... There's a divide between me and my representatives and I don't talk to my lawyer, my accountant. I talk to him and he talks to them.
"I don't like it. I wanna get somebody in there with him that I know and can trust. I don't know what's in my accounts."
Gatlin advised Jackson to investigate his manager.
She tells NBC, "Michael said, 'He's (Tohme) mean, he's trying to keep me and separate me from everybody and everything that I love."
Jackson severed ties with Tohme in May (09) after learning his manager had threatened the boss of a California auction house over memorabilia items that were set to go under the hammer.
After rehiring svengali Frank DiLeo to look after his affairs, Jackson sent a letter to all business associates, in which he insisted, "Dr. Tohme Tohme is no longer authorized to represent me."
But, Tohme spoke on behalf of Jackson hours after he died and conducted an interview with NBC two weeks after the tragedy in June (09), when he stated, "I'm still in charge of Michael Jackson's business until otherwise I am informed not to do so (sic)."