Jermaine Jackson Insists Michael Was Not Addicted To Drugs

Jermaine Jackson insists his late brother Michael was not addicted to drugs and only wanted medications because he was desperate to sleep. 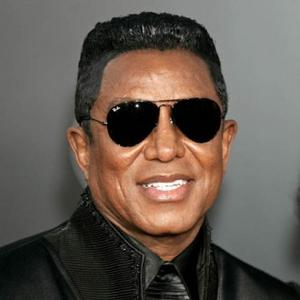 Michael Jackson's brother insists the late star was "not addicted" to drugs.

The singer died of acute Propofol intoxication in June 2009 but his sibling Jermaine Jackson claims the 'Thriller' hitmaker's desire for the strong anaesthetic was due to him being plagued by insomnia, not an inability to cope without the prescription medication.

He said: "There was an addiction to Demerol in 2001 in... the early 2000s, but that was because of pain. Even during the autopsy report, there was no addiction to any of that.

"Michael just wanted to sleep - he did not want to die."

Michael's personal physician Dr. Conrad Murray was found guilty of the involuntary manslaughter of his famous patient earlier this week and could face up to four years in prison when he is sentenced later this month.

However, Jermaine believes the proposed sentence is too "soft".

He told TV talk show host Ellen Degeneres: "He trusted the doctor and the negligence and everything ... it's really sad because we lost an incredible person. To see and hear the verdict - my mother cried, and we consoled her, and the fans were cheering and everything but it's not bringing Michael back. We lost a brother.

"The sentencing [maximum] was very soft ... to give him two years for taking a life. Forget about Michael Jackson, but taking anyone's life.

"But it happens to be my brother who loved the world and loved people and did so much for the world. He cared about people, human beings, children."