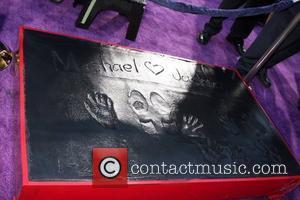 One of the executors of Michael Jackson's estate has defended the decisions made since the pop superstar's death, insisting officials have succeeded in ensuring financial security for Jackson's three children.
John Branca and John MCClain were put in charge of the Thriller hitmaker's affairs after he passed away in 2009, and they hit headlines recently when Michael's siblings Janet, Jermaine, Tito, Rebbie and Randy Jackson launch a public fight to have the pair removed as executors.
Tito and Jermaine subsequently withdrew from the bid to overthrow the administrators.
Branca has now defended the moves made by the executors, claiming the deals they put in place paid off the singer's $200 million (£125 million) debts and made sure his three kids - Prince, Paris and Blanket - are taken care of in the future.
He tells the Associated Press, "When Michael Jackson died, he was near bankruptcy. Now we know the kids will be OK... Michael had a will and a trust and that's what we follow... We feel Michael entrusted us with his legacy and with the future of his mother and children. We're honoured and proud and passionate about celebrating Michael. It's a labour of love for us. We love Michael."
The Jackson family feud escalated when Michael's mother Katherine was reported missing during a trip to Arizona and a judge later stripped her of full custody of the kids, appointing Tito's son T.J. as permanent co-guardian.