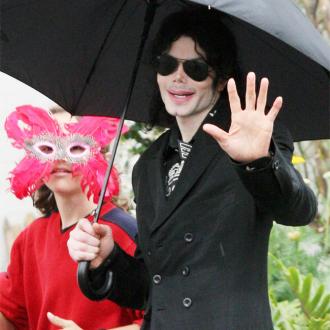 Michael Jackson reportedly revealed he was not Prince Michael or Paris' biological father before his death.

The late King of Pop's close friend Jason Pfeiffer claims the 'Thriller' hitmaker confessed a few months before his passing in June 2009 that British actor Mark Lester had fathered his two eldest children with Michael's ex-wife Debbie Rowe, with the singer admitting he was only the biological father of his youngest child, Blanket, who was born to a surrogate mother.

Jason told the Daily Mirror newspaper: ''Michael and I often talked about our families and our lives. One day as we talked about his children and Debbie Rowe, he just came out and said that his children were actually fathered by Mark.

''Michael calmly said, 'My friend Mark donated the sperm'. I was taken aback, but I didn't think to ask anymore questions about the procedure.

''Michael felt Mark was one of his closest friends. He said he was a great actor and very good man. He mentioned that he had taken several people's sperm and decided on Mark.''

The music legend allegedly confided in Jason when the latter visited him at Arnold Klein's medical clinic in Beverly Hills in February 2009, but died four months later when his doctor Conrad Murray administered the fatal dose of Propofol anaesthetic.

Jason added: ''In the next few days it dawned on me the significance of his confession ... Now he confided in me this secret.

''At that time I kept much of what Michael told me a secret and he trusted me. I didn't know much about Mark, but when he came out publicly after Michael died to admit he thought he was the children's dad it all made sense.''

He went on to say that Michael would have disapproved of Debbie's involvement in Paris, now 15, and 16 year old Prince Michael's lives after she gave up custody rights during their divorce in 1999, and would have wanted Mark - who has previously claimed to be the children's father - to be a part of their upbringing instead.

Jason explained: ''If Michael knew how his and the kids' lives would end up, I feel he would approve of Mark having a much more active role.

''Mark would be a good person to have in their lives. He has his own teenage kids and has been loyal to Michael for years. If Michael picked his seed, then he would want him involved.''