Michael Jackson: Conrad Murray The Man Who Killed Him 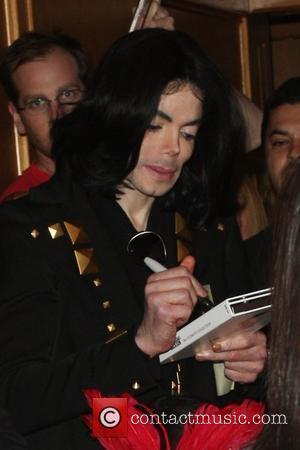 Picture: Michael Jackson signs an autograph as he and his children leave a medical building through an alley in Beverly Hills Los Angeles, California -15.05.09

The celebrity world has, for many years, been rife with tales of stars let down by the people that are supposed to be caring for them or offering them guidance. Elvis Presley's descent from a handsome star with the world at his feet, to an obese embarrassment, ridiculed by those that once loved him, was attributed in part, to the mis-management of the singer's career by Colonel Tom Parker. Lindsay Lohan very publicly fell out with her father, who was once accused of releasing recordings of Lindsay's private telephone conversations to the media and earning money from them. And when Amy Winehouse appeared onstage in Belgrade, barely sober enough to stand, let alone remember the songs and perform to a standard expected of a paying customer, the world questioned whether her management team were doing right by the troubled singer.

When Michael Jackson passed away in June 2009, the news of his death sent shockwaves of grief throughout the world. It took over two years for the cause of his death to be identified and, eventually, for his alleged killer to be brought to justice through the US court system. For many years, Michael Jackson's life had been compared to a circus. He had topped the charts across the globe, created a style, a sound, a dance move so unique and so individual that he had all but created a brand for himself. From child star to multimillionaire, though, Jackson's life was far from a bed of roses. After forming questionable friendships with children and building his Neverland theme park, he was accused of paedophilia. He married Elvis' daughter, Lisa Marie Presley in what turned out to be a brief betrothal. He was photographed dangling one of his young children from a hotel window - apparently an angry response to the press waiting below - and suffered severe financial problems, despite having earned unrivalled amounts from his lucrative career. His death, somewhat unsurprisingly, was no less of a circus than the life that preceded it. And the man that was eventually sentenced to four years in prison for involuntary manslaughter was none other than the physician Conrad Murray, the man employed by Jackson to look after his physical health. An investigation into Jackson's death revealed that he had overdosed on propofol (in addition to the Lorazepam that he had taken under Murray's supervision), a powerful anaesthetic that helped Jackson to sleep where other sedatives failed to. Whether or not Murray was responsible for knowingly allowing Jackson to take more sedatives than was safe for him became the focus of the trial. One of the key pieces of evidence in the trial, which took place between September and November 2011 in Los Angeles County Court, was that CONRAD MURRAY apparently instructed two of Michael Jackson's bodyguards to remove evidence of his pharmaceutical intake (vials and drug bottles) before telling them to dial 911 and summon emergency medical attention. Due to prison overcrowding, Murray is unlikely to serve his full sentence and will probably serve around half of it.

The response from Jackson's family ranged from just a single word ("Justice") from his father, Joe Jackson, to a series of emotional messages on Twitter from Michael's sister LaToya, who used the social networking forum to tell the judge he was "incredible." Support for the verdict amongst Jackson's legions of fans across the globe was inevitable. The judge accused Murray of playing 'Russian Roulette' with the singer's life and of taking unnecessary risks when prescribing his medication. Nicole Alvarez, Murray's girlfriend and the mother of his son, however, disagreed. She argued that the judge's announcement that Murray showed 'no remorse' was unfair and that the former physician had been 'mournful' for the past two years since Jackson's death. There has been some speculation as to whether or not the judge would have passed the maximum sentence in a similar circumstance, had the case not been so high profile, under such intense media scrutiny and so liable to cause a backlash for the judge himself, had he imposed a lower sentence. Some public commentators on the matter, however, have taken issue with the fact that Michael Jackson would not have been so dependant on medication, be it from any source, had his life taken a different course many years ago. The pressure from his parents to perform to an exceptional standard when he rose to fame as the stand-out member of The Jackson Five (alongside his siblings) has been well-documented, as has the physical abuse that he suffered at the hands of his father (which Joe Jackson eventually admitted to in 2003). Conrad Murray may well have succumbed to greed, pandering to his patient / employer's requests, rather than adhering to his medical code of conduct, but Michael Jackson had been failed by those around him many years before. Murray was found guilty by jury of being responsible for Jackson's physical death but the decline and death of his career was a slow and torturous process for the entertainer and it could be argued that a number of people that were supposed to offer support and guidance to Michael Jackson have let him down in many ways over the years.

All that now remains to be seen is whether or not the media circus that has hounded Michael Jackson for so long will continue to overwhelm his impressive musical legacy or the singer will finally be allowed to rest in peace.