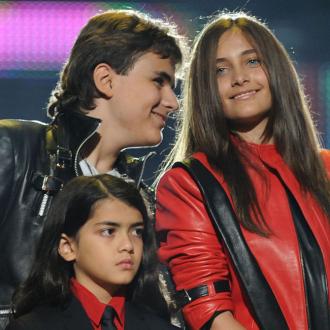 TJ Jackson, who acts as a co-guardian to the late singer's children alongside their grandmother Katherine Jackson, says his new show 'The Jacksons: Next Generation' will give a rare peek into the lives of Prince, 18, Paris, 17, and Blanket, 13, even though they've recently returned to school.

The 3T singer, who will star in the show alongside his brothers and bandmates Taryll and TJ, said: ''They're all back in school and adjusting to Prince being in college.''

The 37-year-old star is very proud of the children and says they ''remind'' him of the 'Thriller' hitmaker, who tragically passed away in June 2009 at the age of just 50.

He explained: ''Their hearts are so amazing. They remind me a lot of my uncle, and it shows what a good job he did with those kids. We grew up really close-knit. There is a certain pride that we have as a family.''

Meanwhile, Taj, 42, has revealed the show will also dispel some rumours about their famous family.

He told PEOPLE.com: ''I turn on the TV and hear jokes about my family, and 99 per cent of it is lies. It was important to show the truth.''

Taryll, 40, added: ''Our family and our uncles impacted a lot of people, and that's something we want to do.''