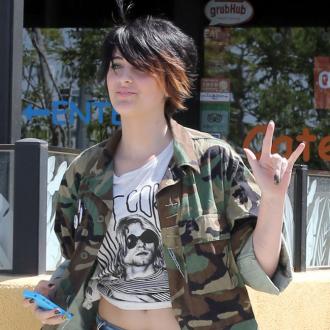 An insider said: ''Paris feels that no one in her family 'gets' her anymore and she feels isolated and alone.

''During the row on Tuesday night she said her father knew her better than anyone and knew what it was like growing up in the spotlight.''

Paris' actions are being speculated as a ''cry for help'' after being reportedly bullied at school and she was due to testify at the Jackson family's $40million legal battle against gig promoter AEG, who they blame for the King of Pop's death in 2009.

A source added to The Sun newspaper: ''Paris has been going through hell. We don't think she wanted to take her life - we feel it was a cry for help.''

The teenager is currently in UCLA hospital, where she is under 24-hour watch, and was visited by her birth mother, Debbie Rowe, and aunt La Toya Jackson yesterday.

Following reports Paris had a row over not being able to attend Manson's gig, the singer reached out to her yesterday.

He said: ''I hope you feel better. You will be on my guest list anytime you want.''