Michael Jackson's son wants to be a director 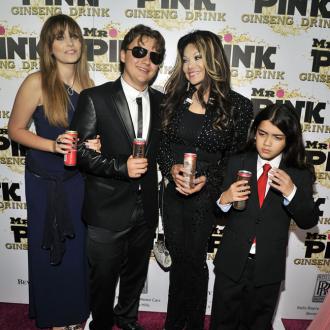 The late 'Thriller' singer's eldest son, 15-year-old Prince, loves to shoot home movies and improvised stories with his relatives and has set his sights on a career in film production after seeing the latest James Bond adventure 'Skyfall'.

Prince's uncle Jackie exclusively told BANG Showbiz: ''Prince is always around the house with his movie camera, making home movies with all the nieces and nephews. They get together all the time and make movies, that's all they do.

''That's what he wants to be a director - so he's making movies, and they make their own costumes and do their own make-up around the house, and all the nieces and nephews they make movies all the time.''

Referring to Prince, his sister Paris, 14, and brother, 'Blanket', 10, he added: ''They've already seen James Bond. The first day it came out they were at the movie theatre. That's what they love to do. They go and see every movie, they don't care what it is. They loved James Bond.''

Paris has previously expressed an interest in becoming an actress, winning a role in fantasy adventure 'Lundon's Bridge and the Three Keys', but Jackie insists for the most part they lead normal lives, despite being part of such a famous family and iconic father.

He said: ''They're just kids, kids growing up as teenagers, doing homework, they activities after school, taking acting lessons, they're normal.

''They do the same thing as all other kids, their names just happen to be Paris and Prince and Blanket.''

Jackie and his brothers Jermaine, Marlon and Tito have just announced a UK tour.

The jacksons will bring their 'Unity' show to Britain for a string of concerts in February and March 2013 starting in Birmingham on February 26, before calling at Manchester, Glasgow, Bournemouth and London. Tickets are on sale now.