Michael Jackson's family have accused the executors of his estate - John Branca and John McClain - of forging his will. 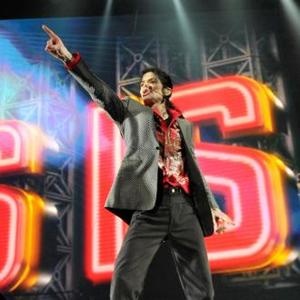 Michael Jackson's family have accused the executors of his estate of forging his will.

Five of the late 'Thriller' singer's siblings, Janet, Rebbie, Tito, Randy and Jermaine Jackson are calling for administrators John Branca and John McClain to resign from the estate, claiming they changed his will after his death to gain control of his finances.

The letter, as seen by Celebuzz.com, states: ''At the time we couldn't possibly fathom what is so obvious to us now: that the Will, without question, it's Fake, Flawed and Fraudulent.

''Since the passing of Michael, our beloved brother, you have failed to perform your duties as executors of his estate, but what you have not failed at is taking advantage of a grieving mother, father and a grieving family.

''Our brother told us, in no uncertain terms and without hesitation in the months prior to his death, that he despised both of you and that he did not want either of you to have anything to do with his life or estate for that matter.''

His family are also calling into question the executors' actions at the time of his death.

The letter continues: ''John Branca, when we called you regarding the Will you didn't want to interrupt your vacation. You said you wouldn't return for four days, at which time you presented to our family an incomplete Will.

''The Will that you presented did not have our brother's signature on it, nor did it have a signature page attached to it. When asked about The Missing signature page, John Branca replied, 'it was on its way, and you were having just a little problem finding it.'

''Amongst many other inconsistencies in the Will, there is also a conflict around Michael's location on the day he supposedly signed the Will, July 7, 2002. We have evidence that undoubtedly supports and proves that Michael was absolutely not in Los Angeles, California, on the date of his signature reflected in the Will at-hand.''

The letter goes on to accuse the executors of robbing Michael's children, Prince Michael Jr, 15, Paris, 14 and Prince Michael II - known as Blanket - 10, and his mother, Katherine Jackson, of their rightful inheritances by increasing the percentage of the gross income the executors receive from the estate.

Earlier this month, executors for the estate filed legal documents which show it has generated gross earnings exceeding $475 million as of the end of May, meaning the singer's debts have almost all been paid off.

Michael died from acute Propofol intoxication in June 2009, and his personal physician Dr. Conrad Murray is currently serving a jail sentence for the singer's involuntary manslaughter.