Is Debbie Rowe back on the scene? 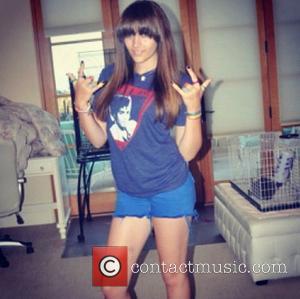 Picture: Paris Jackson posted this picture on Instagram with the caption: dear haters .. black or white is a rock song!! so those of u who...

Michael Jackson's family are said to be outraged after it was reported Debbie Rowe could become Paris Jackson's legal guardian. Sources connected to the family tell TMZ.com that Debbie has made a move to become Paris' guardian after last week's shocking suicide attempt. Paris is said to be having a troublesome time with her grandmother Katherine Jackson, which has paved the way for Debbie to move on in.

Insiders say that the majority of the Jackson family believe Debbie's motivation is to put herself in the public eye - as evidence by her statement following the suicide attempt. "If her intentions were pure she'd be speaking to the family," said one source. Apparently the Jacksons will fight Debbie "tooth and nail" if she attempts to secure guardianship though we can't help but think Paris' mother is getting a rough deal. She clearly isn't motivated by money having been out of the limelight for years, and her statement last week was merely confirming that Paris had attempted suicide.

And anyway. It's not up to Katherine Jackson to decide. The judge in the guardianship case is currently reviewing Paris' grandmother's suitability to properly case for Michael Jackson's three children.