Michael Jackson's lawyer, Tom Mesereau, says the late King of Pop would have been heartbroken by his daughter Paris' alleged suicide attempt. 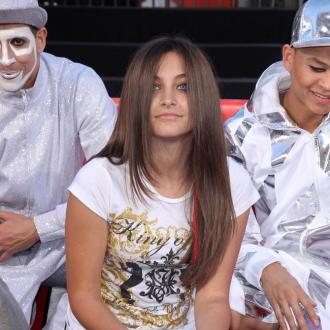 Michael Jackson would have been ''devastated'' by his daughter Paris' alleged suicide attempt.

The 15-year-old aspiring actress - whose mother is Debbie Rowe - was taken to hospital in the early hours of Wednesday morning (05.06.13) after reportedly slashing her wrists at her home in Calabasas, California and Michael's lawyer, Tom Mesereau, says the incident would have been heartbreaking for the late King of Pop.

He told RadarOnline: ''Michael would have been devastated to learn that Paris had attempted suicide. His children were his entire life, and everything he did was for them. He protected his three children, and kept them away from opportunists.

''She has so much to live for, and to contribute to the world. I hope that she makes a recovery, physically and emotionally.''

The teenager is reportedly upset that she will be called as a witness in the Jackson family's high-profile court case after they a wrongful death lawsuit against concert promoters AEG Live.

Michael's mother Katherine Jackson claims the promoters, who were behind the 50-date London residency he was preparing for at the time of his death in June 2009, were negligent in hiring disgraced physician Conrad Murray to supervise the 'Thriller' singer's medical care.

Murray was convicted of manslaughter after delivering a lethal dose of Propofol which killed the superstar.

A source said: ''She's very upset that she will be called as a witness in her father's wrongful death trial, in which she is a plaintiff.''