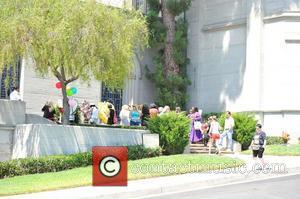 Michael Jackson released the Bad album 25 years ago, and with its influence still resonating today, acclaimed director Spike Lee has made a documentary following the making of the album. The doc, entitled Bad 25, features some previously unseen footage filmed during recording, including some scenes shot by the King of Pop himself. It candidly looks back at the recording of the album and dwells on the legacy it has left, featuring a host of stars who were influenced by the album.

The new insight into the recording of the album features the likes of Mariah Carey, Justin Bieber and Kanye West, offering their insight into why the album is so enduring and how it helped influence them. Lee himself has since admitted that he wanted to be just like MJ and the album had a lasting effect on him.

On it's 25th anniversary, the album has also recently been re-released to mark the occasion and the documentary (along with the reissue) will more than likely excite fans just as the This Is It documentary did upon his death.

The album itself, was the third collaboration with celebrated producer QUINCEY JONES, had nine of its eleven tracks released as singles - as Michael vowed to make the album outsell his previous record Thriller, which still stands high atop the podium of best selling album of all time. Featuring such hits as 'The Way You Make Me feel,' 'Man in the Mirror' and the title track itself, the album went on to win two Grammys and has sold over 45 millions copies so far.