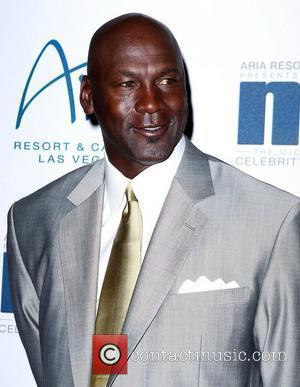 Michael Jordan 's son, Marcus Jordan, has been fined $250 and ordered to pay court costs after pleading no contest to charges of disturbing the peace during an argument with a woman outside a Nebraska hotel last month. Marcus' sentencing came yesterday (Thursday 23rd August) afternoon at Douglas County Court, Nebraska.
21-year-old Marcus was also charged with obstructing a police officer during the incident, however that case was dropped as part of a plea agreement. The case in question arose in Omaha on July 1st, when Marcus was in town for the U.S. Olympic swim trials. His arrest came after police responded to an early-morning call at an Embassy Suites hotel after security attempted to try to subdue Jordan as he argued with two women in the hotel's driveway. According to the police report, Jordan was "very animated, intoxicated and uncooperative." Although Jordan had received a citation for his behaviour by police at the time, the cooperative Jordan actually returned to the local police station several hours after the 2:11 a.m. disturbance to apologise for his behaviour.
Marcus, who is enrolled at the University of Central Florida, has decided against following in his father's footsteps having pulled out of the University basketball team. He averaged 13.7 points for Ucf last season.