Oscar-nominated Michael Keaton's Life Was "Horrific" Following His Divorce Because He Felt Like A Total Failure As A Father. 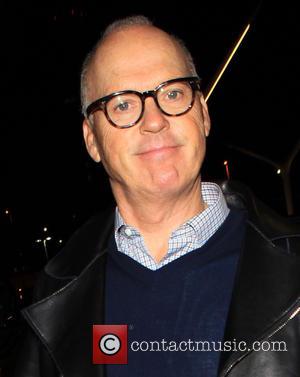 The 64-year-old actor has son Sean, 32, with his ex-wife Caroline MCWilliams, with the couple getting divorced in 1990. Michael hasn't spoken much about being a father over the years, although he did bring Sean - a songwriter and producer for the likes of Jason Derulo, Nick Jonas and Madonna - to the Academy Awards in February (15), where Michael was nominated for best actor. They have a strong relationship, but when Sean was little Michael worried about raising him.

"Very early. But we raised him together," he told GQ.com, when asked exactly when he and Caroline split. "I was nine minutes away.

"(Life as a divorced father was) horrific for a while, because I felt like a total failure. And then… not so much. And I loved being a dad. Wanted to be one since I was a kid."

Michael has enjoyed relationships with a number of stars over the years, among them Courteney Cox and Michelle Pfeiffer. He insists there is nothing particularly special about him which causes women to find him attractive, rather he is able to put people at ease because he in genuinely interested in them.

"I don't know because I don't think about it a lot," he said of his romantic success rate. "But on the other hand, I'm curious about people. I ask a lot of questions. I don't know how people are not curious. How would it work if you were not curious? So, maybe because I show interest and maybe that is flattering… I don't know."

Michael's latest movie Spotlight follows the true story of how journalists at the Boston Globe newspaper uncovered stories of abuse within the Catholic Church. The actor was raised in the religion so the story meant a lot to him, and he hopes it will encourage those who are high up to investigate the wrong doing.

"I had an old-school nun who beat my hand with a ruler, 'Go stand in the corner,'" he recalled. "Stupid, mean, shameful punishment. It was what it was. And it shaped me. It was never a horrible thing. That said, I got lucky. I had some terrific nuns. But I got lucky... And as much as I respect my boy Fran (Pope Francis), 'cause that guy's pushing a rock up a hill, he left the United States (during his visit in 2015) without saying, 'I'm not going to stop until everyone who is culpable pays the right price.' Which he didn't do. And he probably won't, unfortunately. That's a huge disappointment."