With visually stunning imagery and a solid A-list cast, this film just about transcends its oddly uninvolving story. Based on true events, the scenes are harrowing and emotive, but spreading the story among an ensemble obscured by mountaineering gear and snowstorms makes it difficult to engage with anyone. And the plot-strands that do find emotional resonance feel like they've been manipulated.

In the early 1990s, companies began selling Everest expeditions to wealthy clients, and by the spring of 1996 there were 20 teams of climbers jostling for position on the slopes of the world's highest peak. Kiwi guide Rob (Jason Clarke) opts for a cautious approach with his team, which includes impatient Texan Beck (Josh Brolin), journalist Jon (Michael Kelly) and the nervous Doug (John Hawkes), who only just failed to reach the summit on his previous attempt. Rob's base camp manager Helen (Emily Watson) keeps everything running smoothly and, since the mountain is so overcrowded, Rob coordinates the climb with a rival guide (Jake Gyllenhaal) and his team. On the day of the final ascent, the skies are clear, but delays along the way and an approaching storm threaten the climbers.

Since the is a true story, it's clear from the start that some of these people won't make it home. And Icelandic director Baltasar Kormakur lays on the emotion thickly, with an overly pushy-majestic score by Dario Marianelli and several sentimental phone calls home. Rob's wife is played by Keira Knightley, and you can almost hear the ominous chord when she reveals that she's pregnant. A bit subtler is Beck's interaction with his wife, played with insinuating bitterness by the always terrific Robin Wright. Meanwhile, Clarke's sensitive leader and Brolin's bullheaded alpha male contrast nicely with Gyllenhaal's cool dude, while Sam Worthington is almost lost in the shuffle as a friend who's climbing a neighbouring peak.

Quite possibly the most ambitious films of the year, Everest tells the true to life tale of the eight people who suddenly found themselves stuck in a blizzard on the mountain whilst attempting to reach the summit.

Jason Clarke & Jake Gyllenhaal talk about a few of the experiences they faced whilst on this unbelievable shoot. The film team travelled to many different locations, including the foothills of Everest and the Italian Alps to try and recreate the surroundings as accurately as possible. Whilst onset the film makers were constantly put in peril, they were told about avalanche warnings and their sets would occasionally be wiped out by unexpected snow movement.

As Jake Gyllenhaal says in the featurette: 'This production and the intensity of making this movie is absolutely extraordinary - it's a site to behold'.

Ray is a dedicated FBI investigator with a crush on his District Attorney supervisor Claire and a close friendship with his partner Jess. However, all those whimsical circumstances are thrown out of the window when a corpse is discovered in a dumpster in LA. Ray discovers that it's the mutilated body of Jess' teenage daughter, and the devastated pair set out on a vengeful mission to find the perpetrator. Unfortunately, the suspect they pick up - of whose guilt they are convinced - they are forced to let go when no solid evidence is found. Thirteen years later, Ray returns with a new lead, having spent every evening since searching through the US prison system for their murderer. But this time, they're thinking of bringing him down their own way.

Continue: Secret In Their Eyes Trailer

The red carpet of the world premiere of 'Man of Steel' held at Alice Tully Hall at the Lincoln Center in New York saw Superman himself, Henry Cavill, posing for paparazzi as well as his onscreen adoptive father Kevin Costner and Kevin's wife Christine Baumgartner and eldest daughters Annie and Lily McCall.

Now You See Me - Alternative Trailer

Michael Atlas is the leader of the most formidable magician group ever seen, The Four Horsemen, alongside Merritt Osbourne, Henley and Jack. Being able to pull off some of the most baffling illusions ever seen, they decide to use their talent to outwit the highest authorities of the country and give something back to their loyal audience. They announce, at one show, that they will rob a bank in Paris and subsequently shower their fans with cash while using their ability to expose the white collar crimes that have been going on in the underground financial world. While the FBI flounder around trying to work out how the trick is done, magic genius Thaddeus Bradley remains the only person who seems to have an idea on how it was worked though he is equally as reluctant as the perpetrators to reveal the secrets. 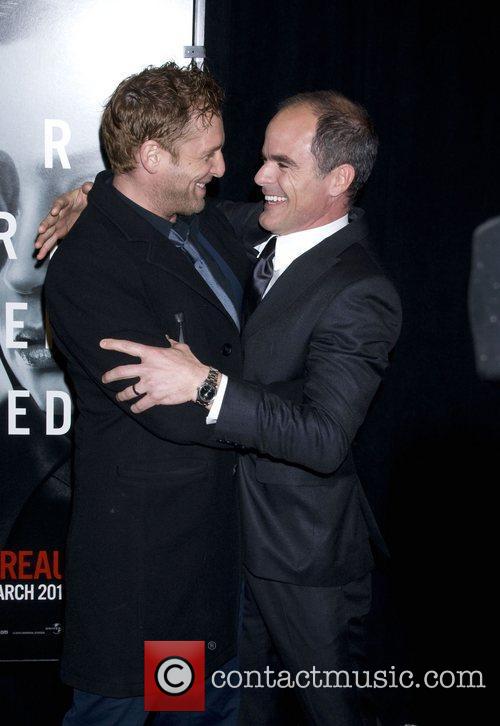