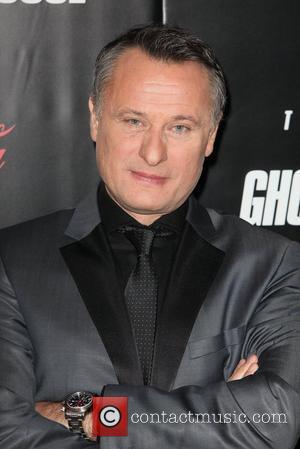 The Girl With The Dragon Tattoo star Michael Nyqvist was surprised to find out his daughter accidentally won a walk-on role in the new American version of the film after the shoot moved to the cafe where she works.
The actor plays the lead role of journalist Mikael Blomkvist alongside Noomi Rapace in the Swedish movie series, based on the books by late author Stieg Larsson, and Daniel Craig has taken over the role in a new U.S. update of the first film.
Nyqvist's 21-year-old daughter Ellen, who is attending college in the U.S., recently found herself in the middle of the shoot in Los Angeles when movie bosses decided to film at the cafe where she works part-time.
She was given a small role pouring coffee for the James Bond star and Nyqvist admits it happened completely "by coincidence".
The star tells the Associated Press that during filming, his daughter told Craig about her famous father by asking him, "Do you know who my dad is?" The Girl With The Dragon Tattoo Henrik Vanger has always thought the disappearance of his...