The 70 year-old comedian has blasted a lot of the comedy group's material on 'Monty Python's Flying Circus' for being "not really that good." 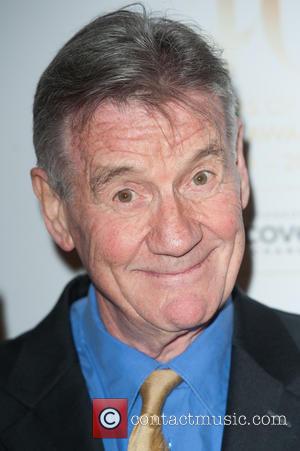 Last November (2013) the famed British comedy group announced that they will be reuniting for a series of stage performances to take place this coming July.

Each performance will be held at London's O2 Arena, and will be the very last chance to see all the surviving members together as they have vowed to go their separate ways once it is over.

Even though they are considered one of Britain's most favourable comedy acts, with a career beginning in the 1960's, one of their key members isn't that fond of their own work.

According to The Independent, Palin said there had been some "gleaming moments" in the series, noting the famed dead parrot and Spanish Inquisition sketches, but thought most of their material was "not really that good."

"People forgive you the things that don't work. A lot of Python was crap, it really was," he continued. "We put stuff in there that was not really that good, but fortunately there were a couple of gleaming things that everyone remembers while they've forgotten the dross."

After the he reunion shows are over, Palin plans to stay on the road and embark on a solo tour which will highlight his 50-year career.

He is set to begin a 21-date tour, called 'Travelling to Work,' this coming September which will be in conjunction with the release of the third issue of his diaries.

MORE: Michael Palin thinks dying while performing with Monty Python "would be a great way to go"

The tour's content is expected to cover Palin's success as well as his "lowlights and cock-ups" in case it looked "rather as if you are gloating".

"I'm very proud of the things I've done. There are a lot of things looking back which you would say were brilliant," he said, "but it's also about what's behind it and feeling of how you recover from things that didn't work so well." Monty Python will be reuniting on stage in July