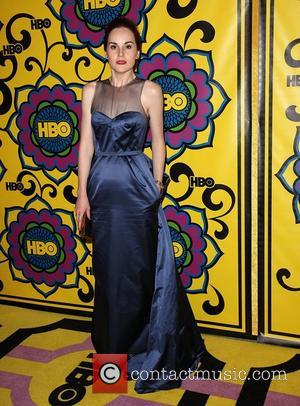 It's not all that rare to find a British television show nominated at the Golden Globes, both The Tudors and Cranford enjoyed their days in the sun in 2008 and 2009, but Americans really do love a British period drama, so this year sees Downton Abbey receiving three nominations, for Best Drama, Best Actress (Michelle Dockery) and Best Supporting Actress (Dame Maggie Smith), which really is an extraordinary achievement.

Some of the cast members joined the BBC to speak about their delight regarding the nomination. Joanne Froggat, better known as Anna Bates 'nee Smith', expressed her gratitude to the Globes, saying that "to have that kind of recognition from our American peers is wonderful... it's exciting!"

"We've now joined  high table," said Hugh Bonneville, who plays Lord Grantham, the head of Downton Abbey, "and we're now being considered alongside these great other dramas that have excited the nation and we're thrilled that us from over seas have managed to fit in." Adding, "It's wonderful because when we're filming in Highclere castle... on a freezing February day in the mud, it's nice to know that sometimes it's worth it."

The Brits did well at last year's Golden Globe Awards where Downton won Best Mini Series (whereas now they're up against the big boys in Best Television Drama Series), and Idris Elba won for his role as the titular character in Luther. Before this year, no British series or actors had won since Extras in 2008.