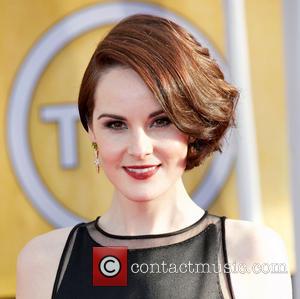 The two stars played sisters Lady Mary and Lady Sybil Crawley in the hit U.K. period drama until Findlay's recent exit from the show, but Dockery has revealed they are anxious to work together again on a new music project.

Dockery is a keen singer, and has even appeared on stage with her onscreen mother Elizabeth MCGovern and her band Sadie and the Hotheads, and she is now hoping to start her own group with Findlay.

She tells Britain's Daily Express newspaper, "I can sing and play the acoustic guitar. I've actually been teaching Jessica Brown Findlay. We might even start a band."