Michelle Rodriguez Keen To Get Sexy 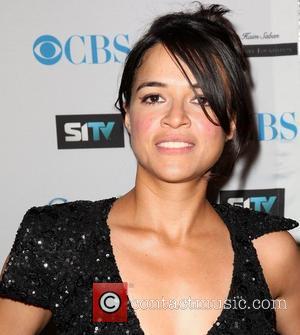 Tough girl actress Michelle Rodriguez is ready to bare all onscreen if a good steamy role comes along - after playing it safe for a decade.
The Avatar star has started looking at sexier parts after her best pal joked about what a "prude" she is in front of camera.
She explains, "She was making fun of me... I was focused on being kind of like, an example for Latinas; I didn't want them to be thinking that sexy is the only way to be powerful.
"But, y'know man, I'm gonna wrinkle up and lose it one day, and she reminded me of it, so I was like, 'I might as well put it to some use and go do the sexy thing for a while. Why not?'"
The star admits she wouldn't do porn or anything too extreme, but she's "open to some romantic comedy stuff".
But she won't be giving up the action roles anytime soon: "It's so much fun; I love me some destruction."