Beyonce Knowles was insecure about her thighs

Beyoncé who began her career in girl band Destiny's Child, used to be insecure about her thighs, while bandmate Michelle Williams was concerned about her weight. 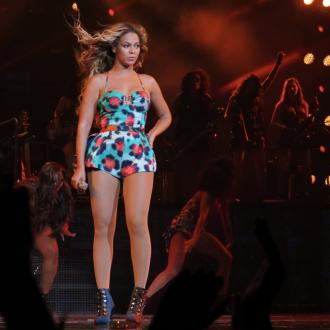 Beyoncé was insecure about her thighs while in Destiny's Child.

Michelle Williams has revealed she and Beyonce, who is considered one the world's sexiest women, had body hang-ups when they were in Destiny's Child along with Kelly Rowland.

Michelle told the new issue of InTouch Weekly magazine: ''On the outside, we were poised and smiling. But behind the scenes we had issues. I was trying to gain weight, and meanwhile Beyoncé would say, 'I think my thighs are too big.' ''

While the 'Bootylicious' girls stunned on stage, showing off their slender legs and tones physique, Michelle says ''we were real girls back then'' and they each had their ''flaws and all''.

Beyoncé - who is married to rapper Jay-Z - gave birth to her first child, Blue Ivy, in January 2012 and while Michelle loves to see the nurturing side of Beyoncé, she is also fiercely proud that her friend's solo career is going from strength to strength.

She previously said: ''It's amazing because it's great to see Beyoncé being a mother, being a wife and all that and then when she got on stage I was like, 'Yeah, she can do it all.'

''Beyoncé and Jay are great parents and Blue Ivy is amazing. She's growing, she's getting so big and she's just beautiful but I don't want to gush about her too much. I'll let Bey and Jay do that.''