Embarrassment At Oz The Great And Wonderful Premiere For Michelle Williams 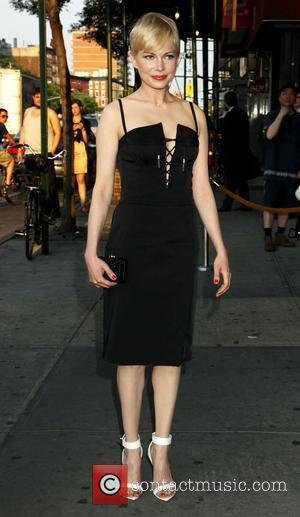 Michelle Williams had the sort of nightmare that, really, doesn't count as much of a nightmare at all, unless you happen to be the main star at the premiere of your new film, Oz The Great And Wonderful, and there's a load of paparazzi about the place scrutinising your every move.

So, yeah, Williams has had a nightmare, in that she revealed the slightest bit of black underwear when wearing an otherwise classy looking outfit. What was galling for Williams was that her outfit was in no way possible risqué whatsoever, the 32 year-old dressed in a floral frock that raced down towards her ankle. The slit on the right was her downfall, going all the way up to reveal her pants. Damn.

Williams was there alongside co-stars Mila Kunis and Rachel Weisz, both of whom were also looking highly glamorous at the event. Weisz was wearing a red dress and accessorised with a similar coloured clutch, whilst Kunis also went for a floral style in her dress, coupling it up with chrome high heels. Even the three ladies had to take a back seat when it came to turning heads though, with the film's main male star James Franco arriving to the Hollywood premiere in a hot air balloon. Oz the Great And Powerful, a prequel story-wise to the classic Wizard of Oz, is out on March 8.