Michelle Williams is proud of Beyoncé Knowles for showing she can 'do it all' by raising her daughter Blue Ivy and having a hugely successful career. 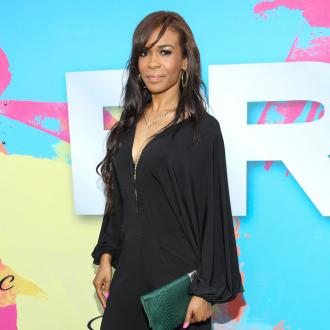 Michelle Williams says Beyoncé Knowles can ''do it all''.

The 31-year-old singer - who is married to rapper Jay-Z - gave birth to her first child, Blue Ivy, in January 2012 and while her Destiny's Child bandmate Michelle loves to see the nurturing side of Beyonce, she is also fiercely proud that her friend's solo career is going from strength to strength.

Speaking at Debra Lee's Pre-BET Awards Dinner celebration in Hollywood on Saturday (29.06.13), she exclusively told BANG Showbiz: ''Me and [Kelly] Rowland have been hanging out with Beyoncé the last few days and we went to support her at her show at the Staples Center on Friday.

''It's amazing because it's great to see Beyoncé being a mother, being a wife and all that and then when she got on stage I was like, 'Yeah, she can do it all.'

''Beyoncé and Jay are great parents and Blue Ivy is amazing. She's growing, she's getting so big and she's just beautiful but I don't want to gush about her too much. I'll let Bey and Jay do that.''

Meanwhile, Destiny's Child reunited to record the Harmony Samuels produced track 'You've Changed' for 32-year-old Kelly's new album 'Talk a Good Game' and Michelle, 32, thinks the trio sound just as good together as they ever did.

She explained: ''It's for Kelly's album so it's not a Destiny's Child song. I remember I was asleep and Kelly called and asked me to come in and work on it so I got up, got dressed, brushed my teeth, refreshed my vocal chords and we hit the studio and had a blast. Once we heard the finished product we were all like 'Damn, we still sound good together.' ''