Michelle Williams would like to return to the role for which she was made famous, Jen Lindley in 'Dawson's Creek'. 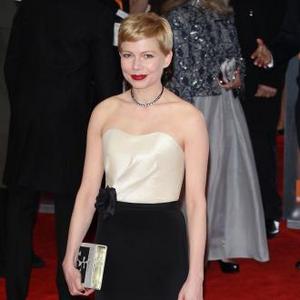 Michelle Williams would be ''totally'' up for a 'Dawson's Creek' reunion.

The Oscar-nominated actress claims she would love to reprise her role as Jen Lindley in the teen drama which ran from 1998-2003, and believes lead star James Van Der Beek should call her up to ask her.

She told Vulture blog: ''[James] has my email. He has my phone, and my cell phone, so we talk. He could totally ask! I've always said I'm totally up for reunion tours, reunion shows, so we can do that!''

Michelle - who has six-year-old daughter Matilda - is not the only star of the show who has expressed an interest in returning to the series; Katie Holmes, who played Joey Potter in the drama, admits she would enjoy the opportunity to bring 'Dawson's Creek' back.

She said: ''It would be fun. I had so much fun working on that show and I loved everyone so much and I think about it with such fond memories.''

James has previously said he has grown to appreciate his role as Dawson Leery as he has gotten older.

He said: ''The older get, the easier it is to appreciate how lucky I was to have that experience.''