Michelle Williams has admitted she put herself under so much pressure to do Marilyn Monroe Justice in new movie 'My Week With Mariyln' she was left feeling ''fragile''. 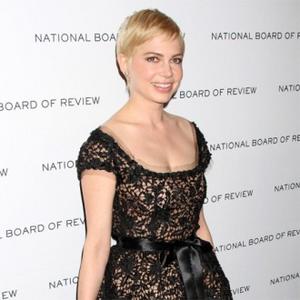 Michelle Williams was "super fragile" when filming new movie 'My Week With Marilyn'.

The 31-year-old actress portrays screen icon Marilyn Monroe in the film and admits she put herself under a lot of pressure as she wanted to the character Justice.

She said: "With all my roles up to this one, I was prone to self-flagellation, putting myself under the microscope, assailing myself at every opportunity. I was so hard on myself; on this film I took that to an extreme. I was super-fragile, super-needy, without a real centre. I just turned myself over and over, inside out, trying to find out what I was doing wrong, trying to find flaws."

Michelle says the movie took over her whole life and she wanted people to be impressed with her performance.

She added to The Times newspaper: "I didn't know if I was in control or the character was doing it to me. The movie cast a spell over me. It was Dangerous. No one was going to die, but I was very dependent on people. I lived hand-to-mouth on compliments. A focus puller said something nice to me and I would live off it for a week. Without it, I would be shattered. I felt like a beggar looking for a kind of glance or approval."