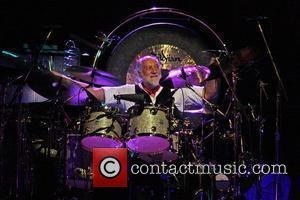 Rocker Mick Fleetwood has become the latest celebrity to be struck down by swine flu.
The Fleetwood MAC drummer, 62, was diagnosed with the virus known as H1N1 - and he has only recently been cleared for flight travel after doctors grounded him.
Fleetwood tells TMZ.com he has only recovered within "the last 10 days", but assures fans he has bounced back to form, insisting his symptoms weren't "too bad".
MAC has joined a growing list of celebrity stars who have been crippled by the swine flu - Backstreet Boys singer Brian Littrell and Harry Potter actor Rupert Grint have both contracted the virus.