Jagger And Wood To Discuss Stones Tour In New Year 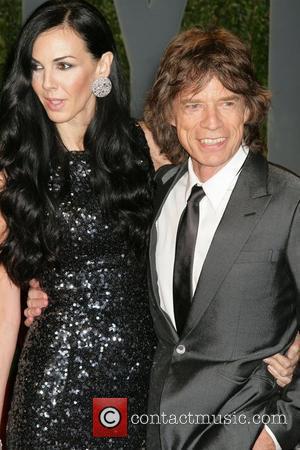 SIR Mick Jagger is to meet up with Rolling Stones bandmate Ronnie Wood in the New Year (10) to discuss whether the guitarist is well enough to rejoin the group for a tour, according to reports.
Wood, who is said to be battling an alcohol addiction, has endured a difficult year which saw him divorce his wife Jo last month (Nov09) after his affair with young Russian waitress Ekaterina Ivanova was exposed in the press.
He has since split from Ivanova after he was arrested earlier this month (02Dec09) for allegedly choking her during a heated argument outside a restaurant in Surrey, England.
Jagger is worried about his pal and plans to hold talks with Wood in January (10) over concerns he may not be able to embark on a planned Stones tour if he continues to drink heavily, according to Britain's Daily Express.
A source tells the newspaper, "Mick and Ronnie will talk things through in the New Year. They are old friends and Mick will obviously do everything he can to help him. But when it comes to the Stones, Mick has a real eye for detail and always ensures things run like clockwork. He'll need to be convinced that Ronnie is still up to the job. Hopefully everything will work out, as it would break Ronnie's heart if the Stones had to perform without him."
A representative for Jagger says, "Mick has been very supportive of Ronnie over the holidays."