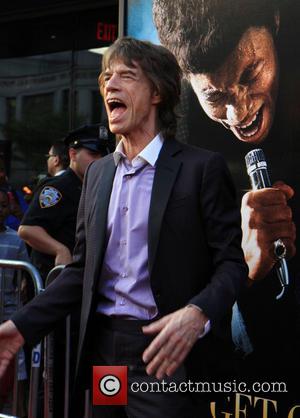 Sir Mick Jagger was diagnosed with acute traumatic stress disorder after his longtime girlfriend L'Wren Scott committed suicide, according to legal papers filed as part of an insurance dispute.

The Rolling Stones scrapped a string of gigs in Australia and New Zealand following Scott's death in March (14), and the band is now embroiled in a $12 million (£7.5 million) legal battle with their insurance company over lost earnings incurred by the axed dates.

Court documents filed as part of the dispute have now revealed the musicians postponed the tour because Jagger was ordered not to perform for 30 days by a doctor, who diagnosed the rocker with the stress disorder.

The band's lawyers claim Jagger was paralysed by grief, but insurance underwriters deny he was "incapacitated" and suggest the only evidence of the disorder was a letter from a doctor who was not a psychiatrist.

The group's insurance claim was rejected so the rockers filed a lawsuit in London to contest the decision. The underwriters are now investigating Scott's mental state as part of the legal battle.

The Rolling Stones returned Down Under to complete the tour earlier this month (Nov14), but had to cancel a gig in Australia after Jagger fell sick with a throat infection. They are scheduled to return to the stage in Sydney on Wednesday (12Nov14).