Mick Jagger flew girlfriend 500 miles to join him on tour

Mick Jagger flew his new girlfriend Melanie Hamrick 500 miles from New York to Ohio to join him as he played a gig at the Ohio Stadium in Columbus late last month. 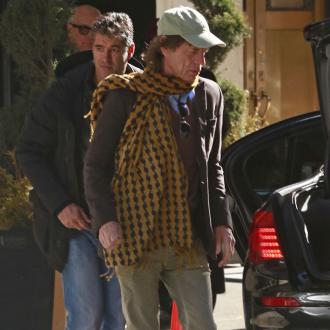 Mick Jagger flew his new girlfriend 500 miles to join him on tour.

The Rolling Stones frontman reportedly paid for Melanie Hamrick's flight from New York to Ohio just so she could watch him play at the Ohio Stadium in Columbus late last month.

Mick, 71 - whose relationship with the 28-year-old ballerina came to light last June after they were spotted kissing on a balcony in Zurich - also organised a chauffeur-driven vehicle to transport the brunette beauty to his hotel following the performance.

A source told The Sun newspaper: ''Mick's been very careful about keeping their relationship quiet.

''Organising for Melanie to be chauffeur-driven on her own to his hotel is a perfect example.

''But he seems to be relaxing about her presence in public.

''She certainly wasn't hidden away at the gig. She was in full view of everyone.''

While the couple have tried hard to keep their romance under wraps, it is thought the pair first met when Mick performed in Tokyo last March just weeks before his then-girlfriend L'Wren Scott's death.

L'Wren began dating the musician in 2001 but was tragically found dead in her Manhattan apartment in New York City in late March, with police confirming the cause of death as suicide.