Sir Mick Jagger has revealed he would be happy to celebrate The Rolling Stones' 50th anniversary next year without Keith Richards. 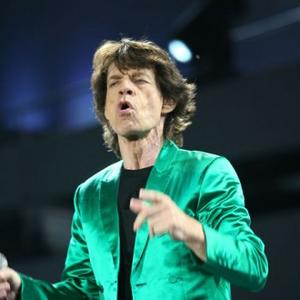 The frontman fell out with the band's guitarist when Keith ridiculed him in his autobiography 'Life' ruining plans for an anniversary tour and while Mick would love to celebrate the special occasion by returning to the Marquee Club in London where they played their first gig, he won't be inviting Keith.

He told Live magazine: "Maybe we could go back to the Marquee to accept a plaque for 50 years of service instead of a tour. That could work - except Keith obviously can't come. Charlie Watts [who wasn't at the first performance] can come but he wouldn't get the plaque obviously."

Mick has teamed up with Joss Stone, Dave Stewart, Damian Marley and Ar Rahman to create a new album under the group name SuperHeavy and although his Rolling Stones bandmates Ronnie Wood and Charlie have both heard the record, Keith hasn't.

Mick explained: "Ronnie's listened to it. He's sweet, he's very supportive. He liked it very much, he liked it all, particularly some of the first tracks we started with.

"And Charlie liked it. He's all about the grooves, he's got a great ear.