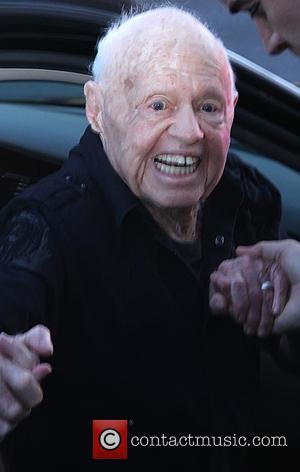 The Babes on Broadway star was placed under the conservatorship of his lawyer, Michael Augustine, in 2011 after expressing fears for his safety, claiming his stepson Christopher Aber and his wife, Christina, had attempted to convince the actor to sign over control of his assets.

Rooney accused the pair of abusing him emotionally and financially, and alleged Aber even planned to sell off his 1983 honorary Oscar statuette for his own financial gain.

It was subsequently revealed the 93 year old, who testified before the U.S. Congress about elderly abuse, was missing hundreds of thousands of dollars from his bank accounts.

Aber has since reached a $2.8 million settlement deal with attorney Augustine, but claims he has no funds to pay back the money - so he and his wife have declared themselves broke.