Mike D has ruled out becoming a DJ at new Hollywood hotspot, Hearth & Hound but he will work as a sommelier. 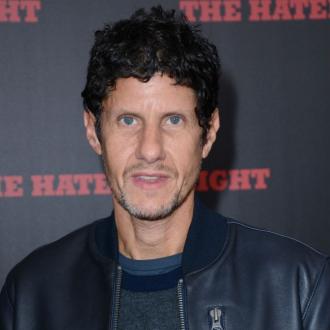 Mike D has ruled out becoming a ''wine and vinyl guy''.

Although owner Ken Friedman has joked that he wants Mike to be the venue's ''wine and vinyl guy,'' Mike told Bloomberg: ''I'm going to make some record donations, I'm sure other people will make some vinyl donations, too, that reflects all of our history. That is actually fun.

''But I don't think DJ-ing in a restaurant is a good idea - I'll go bold on that. Playing records is fun. DJ-ing with turntables when people are eating; I don't know if that would be fun for anybody.''

However, Mike is excited about his new role as a sommelier.

He said: ''It's going to be a fun list. We are putting together a wine program that will get customers tasting things they might not taste. If you like California Syrah, I might point you towards a wine from another part of the world that's better value. We're going to pour half-bottles, so you can try different things... If you want a glass of wine, you shouldn't have to spend an hour figuring out what that wine is, what you're going to drink.''