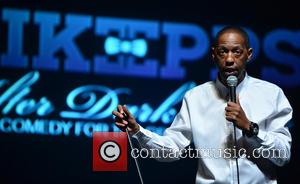 Georgia police have issued a warrant for the arrest of comedian/actor Mike Epps following an alleged assault at a comedy club, according to a U.S. report.

An unnamed victim claims The Hangover star and two other men attacked him outside a club in Atlanta on Sunday (01Jun14), after he had made jokes about Epps earlier in the evening.

The victim alleges the 43 year old asked him to step outside to talk and then struck him in the face and kicked him in the stomach and back.

He was reportedly transported to a local hospital with visible bruises and lacerations, according to Myfoxatlanta.com.

The warrant comes two months after Epps was accused of assaulting a woman at a movie premiere party in Los Angeles in April (14).

Following the incident, police decided not to file charges, but the actor was ordered to attend a City Attorney hearing.