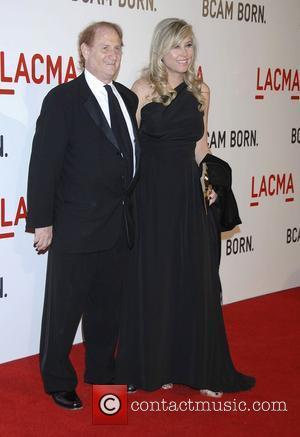 Movie mogul Mike Medavoy has finds managing late pal Marlon Brando's estate is as much a curse as an honour - because he spends so much time disputing outrageous claims for the acting legend's fortune.
Since Brando died in 2004, Medavoy and the other trustees the actor left in charge of his finances and legacy have been hit with countless requests for cash from the late star's former business associates and hangers-on.
The claims have all been dismissed but each one has been a "nuisance" for busy Medavoy.
He tells WENN, "There's so many people sucking up to Marlon but he left the estate to 10 people. That's it.
"He made three people trustees and if I'd known all the things I have been through, I think I would have thought about it twice, and probably never done it. It comes with all these crazies."
And Medavoy is urging Brando's detractors and critics to move on - because the actor deserves to rest in peace.
He adds, "His late sister said a wonderful line at his memorial: 'Marlon is gone. Please let him fly.' Marlon deserves some sort of respect and not this kind. I can tell you I miss him every day. He was a terrific human."