Mike Myers and wife, Kelly Tisdale are "thrilled" to be having another child together. 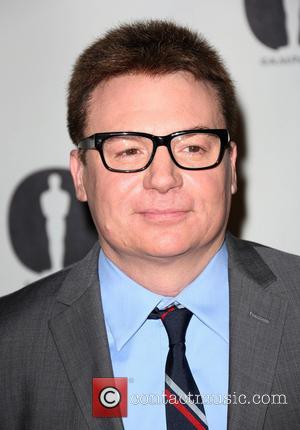 Canadian actor, Mike Myers and his wife, Kelly Tisdale are expecting baby No.2.

The couple's rep confirmed the news and they told People, "We are thrilled."

Myers, who is 50 and Tisdale, who is 36 year-old café owner, already have a 2 year-old son together called Spike, born in September 2011.

The duo haven't confirmed the gender of the child nor the due date.

The 'Austin Powers' star began dating Kelly in 2006, after his divorce from comedy writer Robin Ruzan in 2005, they married four years later at a private ceremony held in New York City.

Myers must be enjoying parenthood as he hasn't starred in a major Hollywood film for the last several years.

In 2010 the funny man returned to voice the big green ogre in the 3rd Shrek film titled, 'Shrek Forever After', and then appeared in Quentin Tarantino's 2009 war drama 'Inglorious Bastards,' but only played a small role.

The 'Wayne's World' actor's most recent project is his directorial debut of an American documentary film about talent manager 'Shep Gordon', called 'Supermensch: The Legend of Shep Gordon', which debuted at the 2013 Toronto Film Festival.

Myers recently spoke to Deadline about always wanting to become a father, even if it is later on in his life;

"Anyone who tells you fatherhood is the greatest thing that can happen to you, they are understating it," he said. "I knew I wanted to be a father, I didn't know it was going to be this awesome or that my kid would come out so beautiful and lovely."

The documentary's main focus is on fatherhood and Mike stated "Shep and I have had many conversations about fatherhood, he is the ambassador of babies. I'd tell him about a movie and he's say, 'Great Mike, so when are you going to have kids?' I'd say, yeah, umm, well... I had a great dad and always wanted to have the experience and I'm having it now... It's no accident that my unbelievable gift of becoming a dad is connected to Shep's story."

Congrats to the happy couple! Mike Myers and wife, Kelly Tisdale are expecting thier second baby together