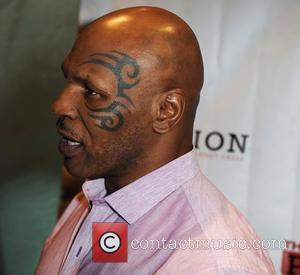 One of the most controversial stars of the past three decades in the ring, boxer Mike Tyson is taking his Broadway show Mike Tyson: Undisputed Champion on the road in the new year for a 10-week tour.

Tyson raised eyebrows when initially announcing the show, and has since suffered somewhat of a critical mauling over it. The plot centers on the time when Tyson was convicted of rape and sentenced to prison for three years in 1992, a crime he still contests that he did not commit. The show will commence its tour on February 12, 2013 in Indianapolis and will hit 36 cities across the USA, reports The New York Times. Tyson needs all the good press he can get for the jaunt, and revealed the tour on The Jimmy Kimmel Show, adding in an anecdote about a visit from Florence Henderson whilst he was in prison.

Tyson was apparently in solitary confinement at the time and said to Kimmel “What was I going to say when Mrs. Brady came to visit?” before staggering around the stage imitating what it was like to walk in shackles. Making his boxing debut in the 1980's, Tyson became the youngest World Heavyweight Champion in history in 1986 when aged just 20 he knocked out Trevor Berbick for the WBC belt. However, he never re-captured his 80's magic and spent much of the next two decades fading in form, although he was never far away from controversy out of the ring.