Is Mila Kunis Pushing Herself For Fifty Shades Of Grey Movie Role? 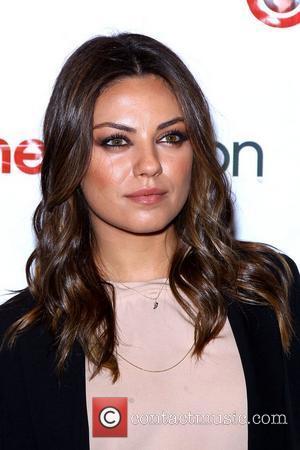 Of course, the books were a publishing revelation, but the movie could be even bigger. Screenwriter Kelly Marcel - who was immediately hired to write the movie - says she is "100 per cent going there" in terms of matching the book's raunchy narrative, however, producers are yet to speak publically about the casting process. Getting the wrong actor or actress could prove disastrous, so it's no surprise that the team are keeping the cards close to their chest. Harry Potter star Emma Watson, 22, says she is yet to see a script but is thought to be interested, while Ryan Gosling, 32, remains the frontrunner to play the enigmatic Mr Grey. Mila - currently dating Ashton Kutcher - appears enthusiastic about the project, "There are times when you just want to do something fun and different, because you're going to have a good time doing it."

Currently, Kunis the around the 5/1 mark with the bookmakers to land the role of Steele, with Sin City actress Alexis Bledel the market leader. Our tip is Shailene Woodley, star of Alexander Payne's The Descendants and currently available at 3/1.

Watch Mila Kunis Arriving For The 'Friends With Benfits' Premiere in New York: