Mila Kunis And Ashton Kutcher Not Together, Says Rep 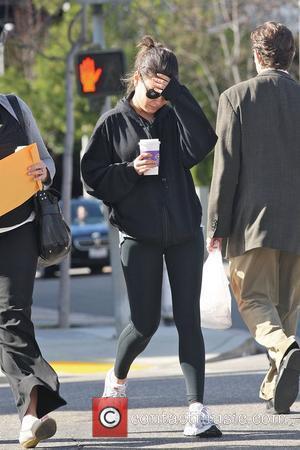 Picture: Mila Kunis out and about in Beverly Hills without makeup Los Angeles, California - 24.01.12

It's time to put the kibosh on another rumored Kutcher conquest, after reports that Ashton and his former 'That 70s Show' co-star Mila Kunis were seeing each other in secret were flatly denied by the latter's rep. Kutcher of course split from wife Demi Moore last year after allegedly cheating on her with 22 year-old Sara Leal on the night of his and Moore's wedding anniversary, and since hasn't really shown too much remorse about the situation. This has meant several sightings of him flirting, laughing and being snapped with women including Lea Michele, Rihanna and Lorene Scafaria, whilst Moore has cut a lonely figure and only recently returned to Twitter - a pursuit she used to actively enjoy.
Kunis was the latest name to be added to the list of possible Kutcher conquests since his divorce, but it turns out the stories were just that."No! They're so not dating," a rep told Us Weekly, explaining that the pair had only reunited to film a 'That '70s Show' reunion episode.