Mila Kunis found it hard to ''transform'' her body to be a ballet dancer on Darren Aronofsky's 'Black Swan'. 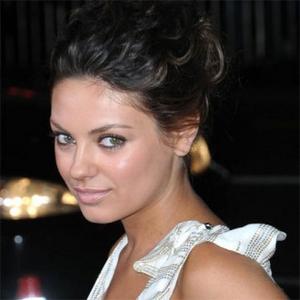 Mila Kunis injured herself trying to be a great ballet dancer on 'Black Swan'.

The actress - who stars alongside Natalie Portman in the Darren Aronofsky-directed project - admits she found the "physicality" of the movie the hardest part and hurt herself trying to be as good a dancer as she could be.

She said: "The physicality really was the hardest, everything else kind of came alongside that. Just transforming your body at the age of 26.

"I wouldn't say I was alone in this, I think everybody across the board, if they played a dancer somehow, somewhere they got hurt. I'd say that was the most challenging for myself."

However despite the problems she did become very close to Portman, who she counts as a close friend.

She added: "She was absolutely fantastic to work with, I was very lucky that I got to work with a friend of mine. She's a brilliant actress and amazing to watch, and she's great off screen."

Following promotional work for 'Black Swan', Mila will next be seen in 'Friends with Benefits' with Emma Stone and Justin Timberlake.