Mila Kunis is thinking about having a home birth because she wants to feel as relaxed as possible during labour. 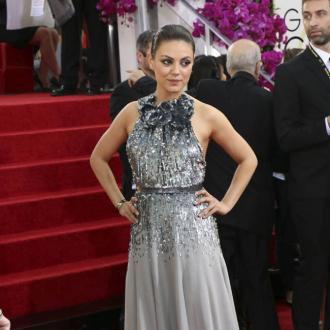 The 31-year-old actress, who is expecting her first child with fiancé Ashton Kutcher imminently, is reportedly eager for her labour and delivery to be as relaxed as possible, and is still thinking about getting a doula to help her give birth to their daughter at their $10 million mansion in Beverly Hills.

A source said: ''She wants to give birth at home.''

The 'Black Swan' star is also eager to give birth naturally.

The insider said: ''Mila wants to give their baby the very best, and she thinks that includes an all-natural childbirth.

''She wants there to be as little medical intervention as possible!''

The actress originally wanted Ashton's sister-in-law, who is a trained doula, by her side, but their plan fell through, so she may still consider welcoming her daughter at Cedars-Sinai Medical Centre in Los Angeles, which is just minutes away from her home.

The source added to Life & Style magazine: ''Mila had chosen Ashton's brother's wife as a doula, but now they are separated, and she isn't replacing her.''